Himalayan Turmeric- Haldi- A deep golden orange root, with a heady earthy  smell and taste, turmeric is an essential ingredient in Indian cooking. Turmeric has been used for thousands of years not only for cooking but as a medicine due to it’s  incredible healing properties. Turmeric has powerful anti-inflammatory properties and can help alleviate symptoms of arthritis and joint pains. There are thousands of publications, research papers on our Golden Spice.

Below are a few interesting articles regarding Turmeric, further information can be found in these source files. 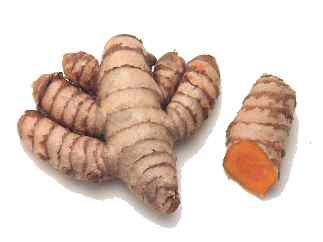 excerpt from this study: Curcumin (Curcuma longa – Haldi) is the source of the spice Turmeric and is used in curries and other spicy dishes from India, Asia and the Middle East. Similar to many other herbal remedies, people first used curcumin as a food and later discovered that it also had impressive medicinal qualities. It has been used extensively in Ayurveda (Indian system of Medicine) for centuries as a pain relieving, anti-inflammatory agent to relieve pain and inflammation in the skin and muscles. It has also proven to have anti-cancer properties. Curcumin holds a high place in Ayurvedic medicine as a “cleanser of the body,” and today, science is finding a growing list of diseased conditions that can be healed by the active ingredients of turmeric.

2. Synopsis of Turmeric’s Healing Properties and use.

excerpt from this article: The main organs that turmeric treats are the skin, heart, liver and lungs. Turmeric is used for epilepsy and bleeding disorders, skin diseases, to purify the body-mind, and to help the lungs expel Kapha. Activities of Turmeric include: Alterative, analgesic, antibacterial, anti-inflammatory, anti-tumor, anti-allergic, antioxidant, antiseptic, antispasmodic, appetizer, astringent, cardiovascular, carminative, cholagogue, digestive, diuretic, stimulant, and vulnerary. Therapeutic uses of Turmeric: Anemia, cancer, diabetes, digestion, food poisoning, gallstones, indigestion, IBS, parasites, poor circulation, staph infections, and wounds. Turmeric helps to regulate the female reproductive system and purifies the uterus and breast milk, and in men it purifies and builds semen, which is counterintuitive for a pungent bitter. Turmeric reduces fevers, diarrhea, urinary disorders, insanity, poisoning, cough, and lactation problems in general. Turmeric is used to treat external ulcers that respond to nothing else. Turmeric decreases Kapha and so is used to remove mucus in the throat, watery discharges like leucorrhea, and any pus in the eyes, ears, or in wounds, etc. In Ayurvedic cooking, turmeric is everywhere, this multifaceted wonder spice helps.

3. Turmeric’s cardiovascular benefits found to be as powerful as exercise. (this web page holds link to a few dozen of research papers on the relation of turmeric and cardioprotective properties.)

excerpt from this article: While many foods are powerful health enhancers, curcumin alone is known to positively impact over 560 diseases according to peer-reviewed research. Beating cancer with nutrition means to acquire the knowledge of how the foods people eat every day can be utilized to treat or prevent illness and disease. While the advancements humanity has made throughout history are great, mainstream medicine has been going down a dark road. It is time to shift from a pharmaceutical-dependent state to nutrition-based prevention and treatment. 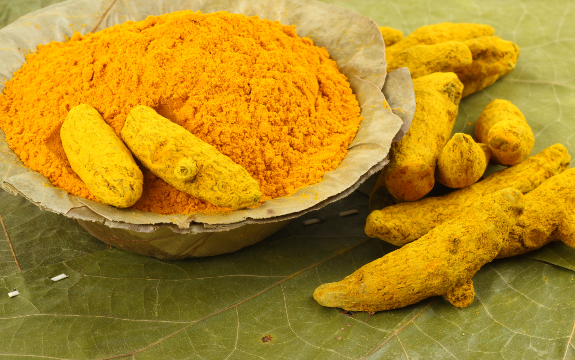 excerpt from this study: While many foods are powerful health enhancers, curcumin alone is known to positively impact over 560 diseases according to peer-reviewed research. Beating cancer with nutrition means to acquire the knowledge of how the foods people eat every day can be utilized to treat or prevent illness and disease. While the advancements humanity has made throughout history are great, mainstream medicine has been going down a dark road. It is time to shift from a pharmaceutical-dependent state to nutrition-based prevention and treatment.

5. A new study published in the journal Phytotherapy Research has confirmed for the first time in a randomized, controlled clinical trial that the primary polyphenol in turmeric known as curcumin is both safe and effective in treating serious states of depression. 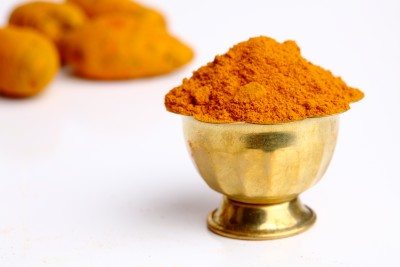 excerpt from this study: Since ancient times, turmeric has been used for remedying oral ailments, among other therapeutic applications too numerous to count.Consider that plants like turmeric were first eaten for thousands of years before our species ever devised the modern day oddity of encapsulated or tableted extracts that could be swallowed without significant oral contact. It is only logical, therefore, that after long stretches of biological time, taking the root orally as either food, spice or medicine, it would agree with and have benefit for that part of our anatomy and its unique physiology. Indeed, recent research shows that turmeric extract and turmeric oil may even reverse precancerous changes in oral submucous fibrosis in humans. In addition, there are at least a dozen studies showing turmeric extract can kill oral cancer cells, including a recent study showing that turmeric extract-loade nanoparticles kill chemotherapy-resistant oral cancer cells. But turmeric’s positive role to play in oral health encompasses more than relatively rare health issues like oral cancer, as it also has tangible value to the vast majority of folks who use common mouthwash in an attempt to keep their mouth clean of plaque.

7. An extensive collection of hundreds of research papers on Turmeric

8. The effect of curcumin (turmeric) on Alzheimer’s disease

Abstract: This paper discusses the effects of curcumin on patients with Alzheimer’s disease (AD). Curcumin (Turmeric), an ancient Indian herb used in curry powder, has been extensively studied in modern medicine and Indian systems of medicine for the treatment of various medical conditions, including cystic fibrosis, haemorrhoids, gastric ulcer, colon cancer, breast cancer, atherosclerosis, liver diseases and arthritis. It has been used in various types of treatments for dementia and traumatic brain injury. Curcumin also has a potential role in the prevention and treatment of AD. Curcumin as an antioxidant, anti-inflammatory and lipophilic action improves the cognitive functions in patients with AD. A growing body of evidence indicates that oxidative stress, free radicals, beta amyloid, cerebral deregulation caused by bio-metal toxicity and abnormal inflammatory reactions contribute to the key event in Alzheimer’s disease pathology. Due to various effects of curcumin, such as decreased Beta-amyloid plaques, delayed degradation of neurons, metal-chelation, anti-inflammatory, antioxidant and decreased microglia formation, the overall memory in patients with AD has improved. This paper reviews the various mechanisms of actions of curcumin in AD and pathology

Sufferer, 67, turned to kitchen cupboard staple turmeric after five years of failed treatment
She was diagnosed with the blood cancer myeloma in 2007 and underwent three rounds of chemotherapy as well as four stem cell transplants
She tried Curcumin, a component of turmeric, and five years on, her cancer cell count is negligible, with her recovery featuring in the British Medical Journal
Curcumin has been linked to a host of benefits, including for heart disease