Barley is rich in fiber and zinc and can be mixed together with other flours.

Himalayan Barley Flour
Barley is a rich cereal grain that is grown under natural conditions in the Kumaon.
Roasted barley grains are cold ground in a slow moving stone mill thereby preserving all the nutrients. Barley is rich in fiber and zinc and can be mixed together with other flours to make delicious and healthy breads, rotis and biscuits.

Unadulterated foods have formed the basis of our human diet through the ages.Chemical farming inputs and “factory farming” became popular in the middle of the last century as a way to maximize crop yields. Today, our world pays a large price for these practices, which have resulted in environmental and economic imbalances. What happens to the health of the animals, plants, micro-organisms, soil, oceans, and atmosphere, also affects human beings. There is no one who is immune to the effects of an unhealthy environment, no matter how much technology or wealth they may possess. 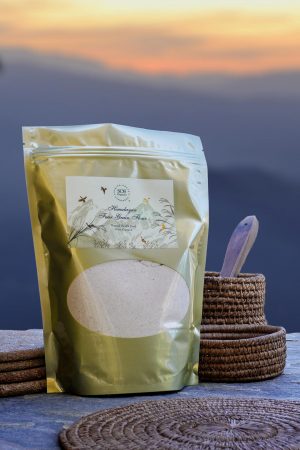 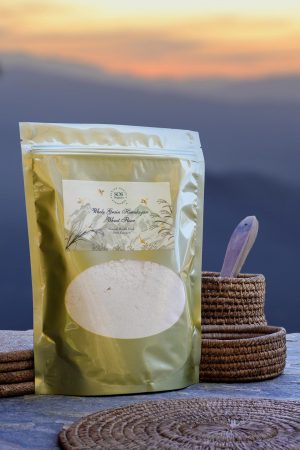 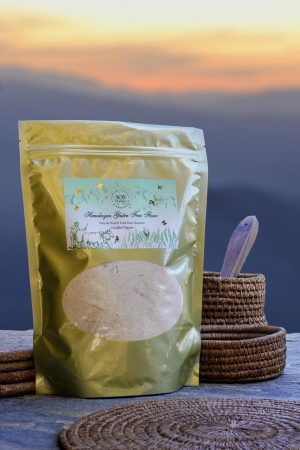